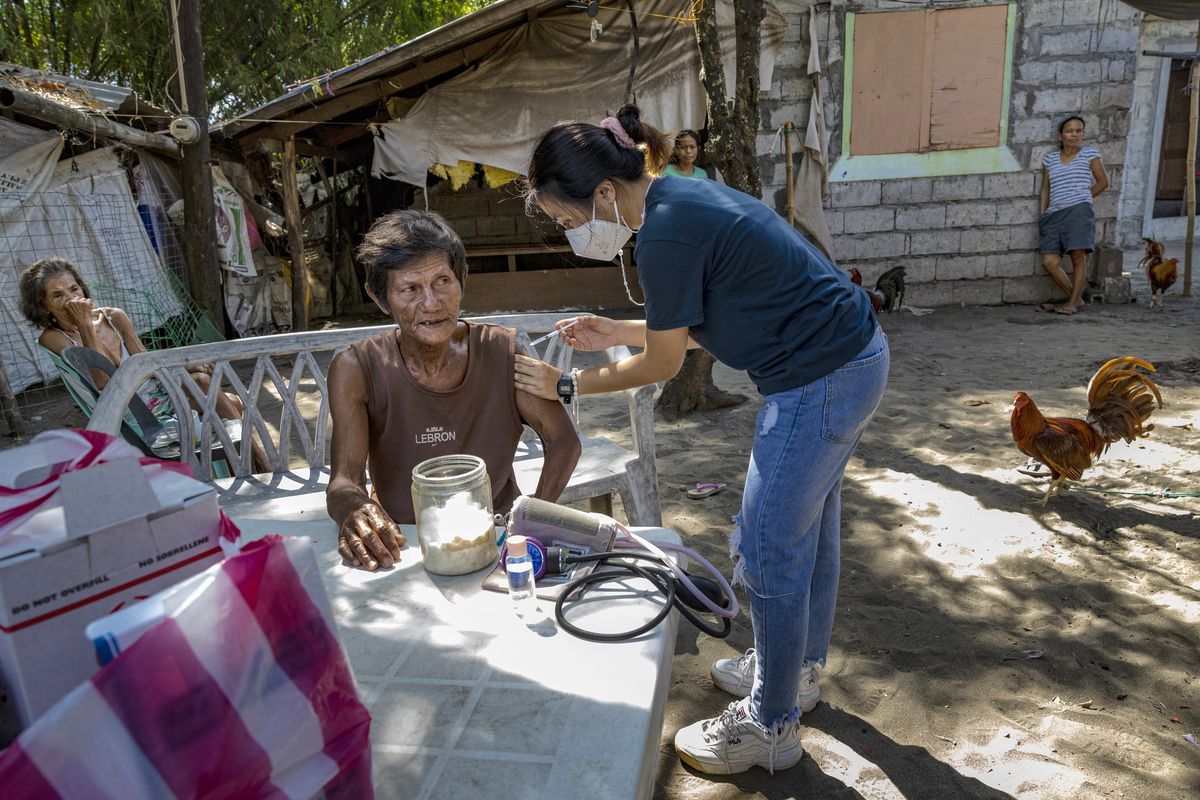 Less than a month ago, the omicron variant, first detected in South Africa, was labeled a “variant of concern.” Since then, the world has braced for another wave of coronavirus, as Covid-19 is spiking across Europe and, now, the United States.
A lot of these countries — particularly the United Kingdom and the United States — are pushing aggressive booster campaigns in response. Three shots, rather than two, is becoming the refrain of many public health experts.
Yet the rest of the world is still woefully under-vaccinated. Not just booster shots, but first doses. Close to 60 percent of the world’s population has received at least one shot, according to New York Times data.

But it’s an unequally distributed feat About two-thirds of those doses have been administered in high or middle-income countries According to the Africa CDC, only a little more than 8 percent of the continent is fully vaccinated The One Campaign, an advocacy group, estimates that there are more than eight times as many boosters being given in high-income countries compared to first doses in low-income countries
Omicron has offered another, if somewhat predictable, hiccup According to some early data — and of course, these things are still evolving — omicron is pretty good at evading the two-dose regimen for a lot of the vaccines given worldwide Vaccination still offers protection from severe illness, and some data suggests severe illness may be less likely with omicron on an individual level But the mRNA vaccines — specifically Moderna and Pfizer — coupled with a booster, appear to be the best bets at preventing infection Most of the world isn’t getting those vaccines

Though there’s still a lot scientists don’t know about omicron, it is unlikely to be the last variant that emerges from this pandemic The question is whether omicron will now force the global vaccination campaign to recalibrate, especially if the definition of fully vaccinated begins to evolve from generally two doses, to three

What makes the omicron variant so strange and surprising

To get a better sense of the broad challenges, Vox spoke to Wafaa El-Sadr, an expert on infectious diseases and global health at Columbia University The bottom line: Omicron complicates an already complicated process And unless the rest of the world acts (and invests) in vaccination, the one truism of the pandemic will persist: Coronavirus spread in one place poses a threat everywhere
The conversation, edited and condensed for clarity, is below

Jen Kirby
Beyond needing to do more, does the emergence of this new omicron variant change the global vaccination picture?
Wafaa El-Sadr
I think it does, in terms of the choice of vaccines

Not only the choice of vaccines, but also the need for booster doses So it gets even more complicated

We’ve seen data now that are pretty convincing that certainly, getting the third dose, a booster dose is associated with an increase in protective antibodies, as well as evidence of just the clinical protection from just getting sick or dying from Covid-19 And that adds complexities, of course, because now we not only have to make sure that people get the primary regimen of vaccines, but also the third dose, the booster dose
Jen Kirby
As you said, so many places are still struggling to deliver the first doses of vaccines But there is also evidence that vaccines that aren’t mRNA (Pfizer and Moderna) — such as Johnson & Johnson, Oxford-AstraZeneca, or China’s Sinovac and Sinopharm, or Russia’s Sputnik — may not be effective in preventing omicron infections

So do should we even be giving people those vaccines, or is something better than nothing at this juncture?
Wafaa El-Sadr
This complexity with omicron is exactly what you’re talking about Evidence shows that the boosting of mRNA vaccines provides potentially superior protection against omicron This, of course, complicates the picture even further, because there are lots of other vaccines that are being largely used globally
Of course, it depends on the magnitude of the strain of omicron Is this going to dominate in every country all over the world? Or is it going to be mostly the prevailing dominant variant in some countries, but not others? That’s what’s going to largely determine what can we do about the use of current vaccines
Jen Kirby
It’s still sort of “wait and see” mode

But in terms of increasing access to mRNA vaccines, are there things we could be doing that we’re not doing to increase their dominance in global vaccination efforts?
Wafaa El-Sadr
There are things that can be done

One is, obviously, to increase the production of these vaccines That will require substantial investments and resources to be able to scale up production If there’s commitment to doing it, then it’s quite doable, and I think that’s probably the fastest way to get more supply of these mRNA vaccines

Now, there were also discussions, of course, about, establishing regional hubs for production of these vaccines, and technology transfer, and so on But I believe that the fastest way to get vaccines into people’s arms is to immediately work hard at increasing the production of the vaccines by expanding factories where they’re currently being produced, or redirecting current factories to be able to do this
Jen Kirby
If it’s going to take resources, where are those resources coming from?
Wafaa El-Sadr
I think it has to be from the wealthy countries of the world There’s no getting around that

It is going to be incumbent upon wealthy countries to be able to make that happen, especially because of the urgency of the situation

Jen Kirby
You mentioned technology transfer A lot of groups have been advocating for a TRIPS waiver, which would temporarily loosen intellectual property rights for Covid-19 vaccines and treatments, which would allow other manufacturers to produce vaccines Where do you see that fitting in?
Wafaa El-Sadr
It’s a longer-term strategy, but it definitely should be part of the strategy It won’t get us to the current, immediate needs

The current immediate needs are increased production But we need to be building regional factories and we need to tackle the issues around patents
Jen Kirby
I wonder if you are a clinician in a place where vaccines are in short supply, how do you approach this news that some vaccines might not be as effective against omicron? Or that you might need more doses? What does this do to already challenging, large-scale vaccination efforts?
Wafaa El-Sadr
We’re facing the same thing, even in this country There’s always been this misconception or misperception that getting vaccinated means you are absolutely protected from ever getting infected with SARS-COV-2 That was never the case, from day one

” But that’s been a struggle all along

I think we don’t know — I haven’t seen data say, if you’ve got an AstraZeneca, for example, and you get a booster with mRNA, would that protect you against Omicron? We don’t know that as of yet

In the context of omicron, the data I have seen have been largely people who got Pfizer, and they got a booster from Pfizer, or they got Moderna and got a Moderna booster

We’ve seen other data earlier that showed that, yes, if somebody got Johnson & Johnson and they got an mRNA boost that they did get a pretty robust response

But we don’t know whether that’s protective against omicron — I don’t see why not, but we haven’t seen those experiments So it’s possible that for people to receive their primary vaccination with a non-mRNA vaccine, that getting a booster with an mRNA vaccine could offer them protection against omicron

Having a new variant coming around, that also is the second reason why boosting is important
Jen Kirby
I wonder about the infrastructure for the mRNA vaccines — extreme cold chains, and the like

Does that remain a challenge if we want to include more mRNA vaccines in the global repertoire?
Wafaa El-Sadr
That’s why I always say that first, it’s necessary to have those vaccines, but it’s not sufficient You have to have the resources, the systems to get the vaccine into people’s arms You need to have the effective vaccination program, and not just sufficient supply of vaccines That’s not enough

That may involve training of the workforce, it may involve messaging communication to make sure that there are no misconceptions or misperceptions about the vaccines; it may include the need for vehicles and gasoline; it may mean the need for refrigerators and freezers That’s all part and parcel of having an effective vaccination effort

Jen Kirby
It does seem as if the global infrastructure failed us on this one Knowing what we know know, what do we need to put in place now to prepare for the next big one?
Wafaa El-Sadr
There are so many things

How many hours do you have?
When you think back, from day one, this pandemic was politicized And from that really emanated all the pitfalls and all the sadness we’ve had, because of the politicization and, as you recall, the antagonism to the World Health Organization, the lack of support to the WHO Then, again, once your country was purchasing large amounts of vaccines for their own population, [there was a] lack of a global response, incoherence, all the travel restrictions that are popping up right and left without any rhyme or reason

Will you support Vox’s explanatory journalism?

Millions turn to Vox to understand what’s happening in the news Our mission has never been more vital than it is in this moment: to empower through understanding Financial contributions from our readers are a critical part of supporting our resource-intensive work and help us keep our journalism free for all Please consider making a contribution to Vox today to help us keep our work free for all 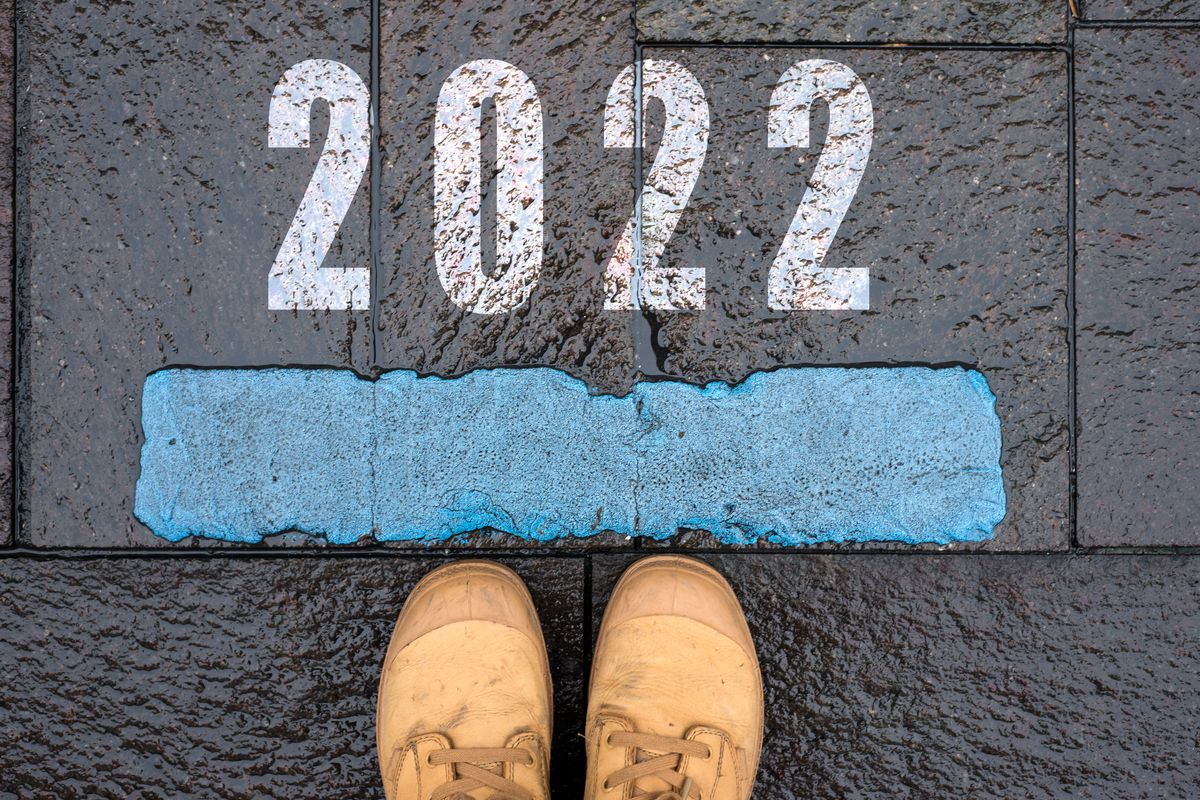 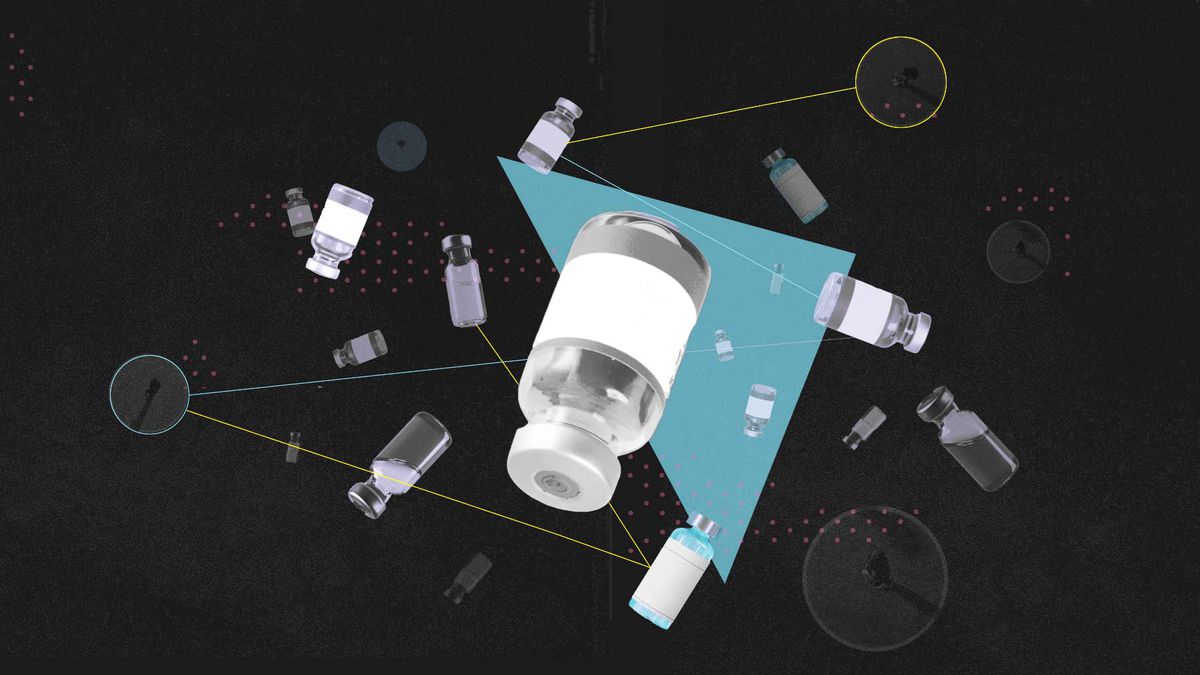 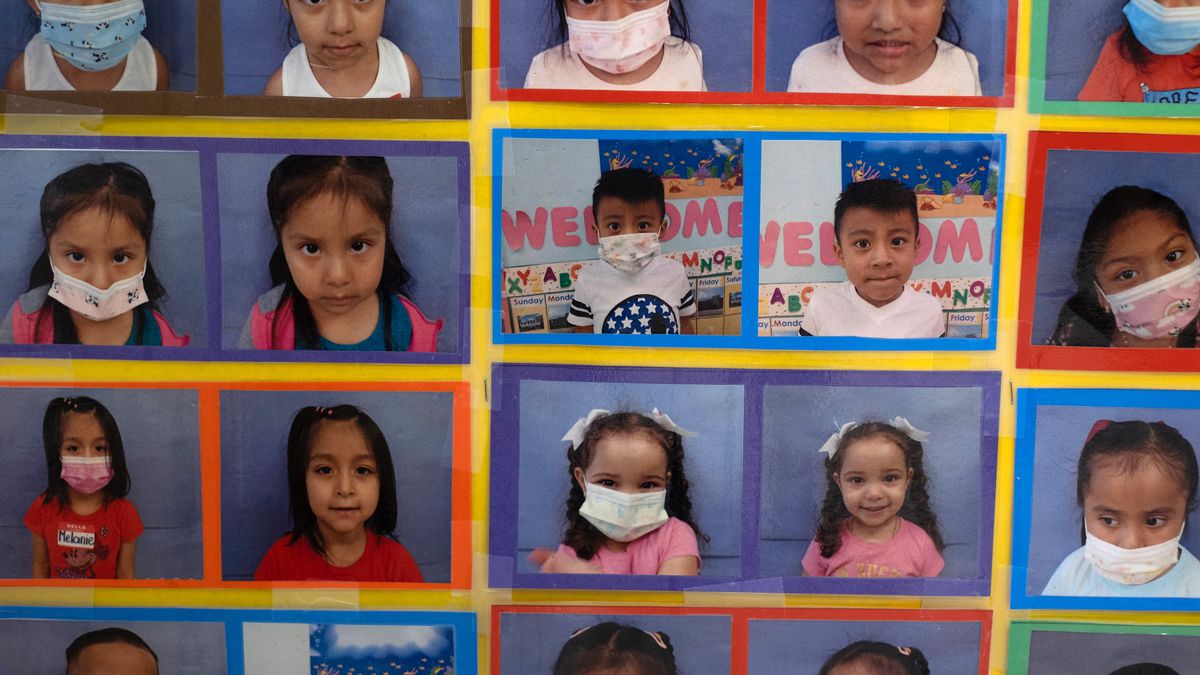 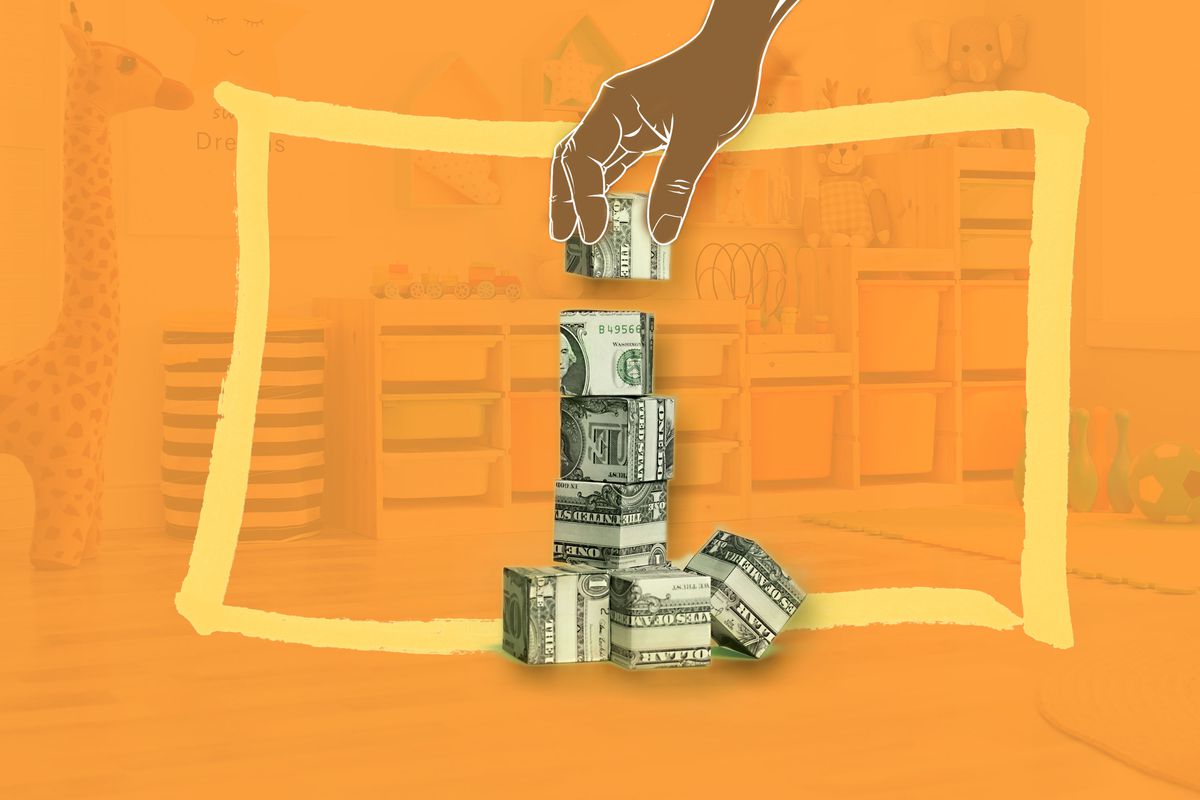 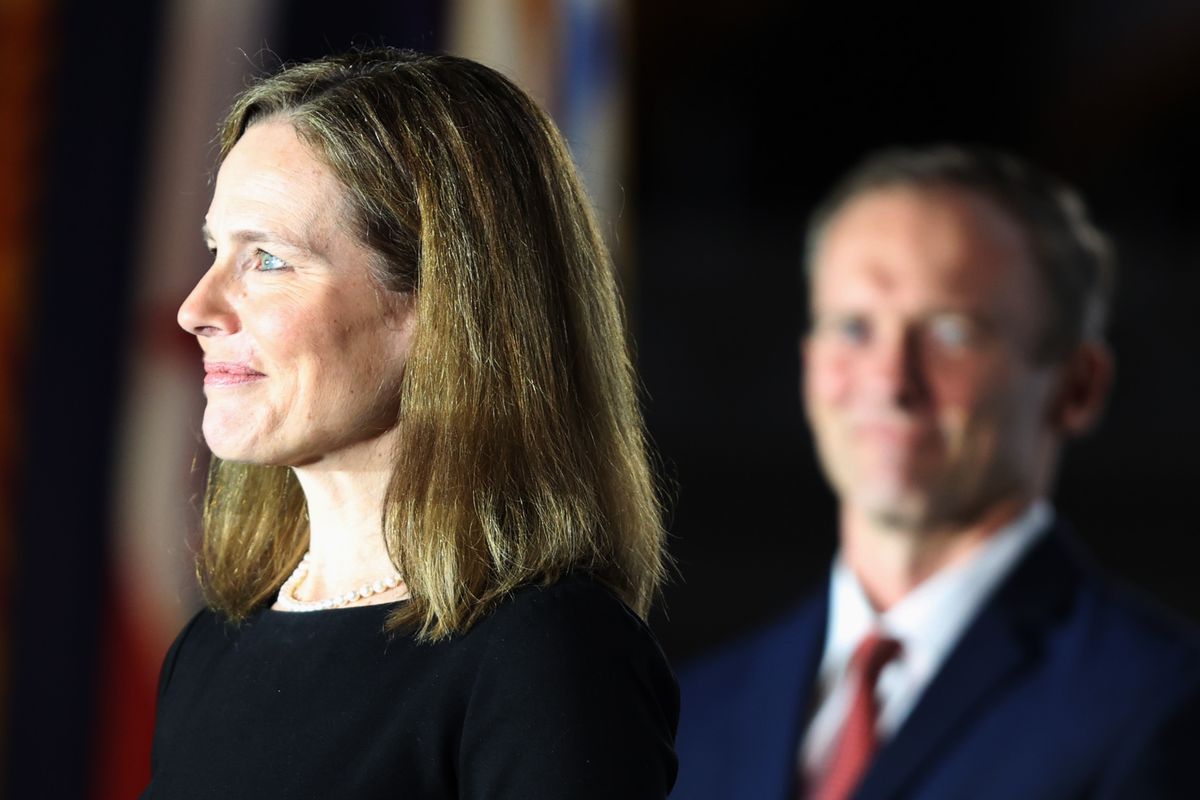 The Supreme Court is not being honest with you Covid-19